The inspiration behind this seasons' collection.....

I have had a bit of an obsession with Japanese Nail art for quite some time now and have always been desperate to cover myself in beautiful Japanese illustrations (although this has never happened - i am a grade A wimp and a professional mind changer).
All the same it is a big influence on this season. 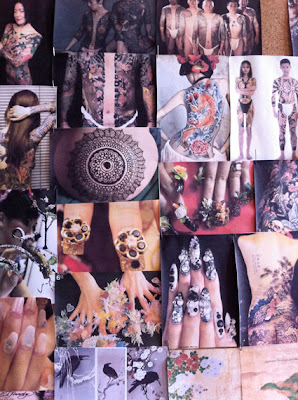 Fishing, fly fishing, fishermen, fish - you get the theme

Last season by the sea (we are officially moving off the great Isle in September) so it seemed rude not too. I have always had a thing for fishing boats and the colours of the nets, worn paint and old sea dogs that spend their lives on the oceans. (Dad and I once descended on an ancient pub in the back end of beyond for a musical evening where locals could take it in turns to entertain with their particular skill - an Isle of Wight X Factor - that consisted mainly of said sea dogs singing their shanties, the Elton Johns and Leona Lewis's of the sea if you like . The unusual musical choices and "eclectic" crowd at the evening left a lasting impression on both dad and I and if I can even share an ounce of this evening with you, your life will be better or at least fuller as a result) 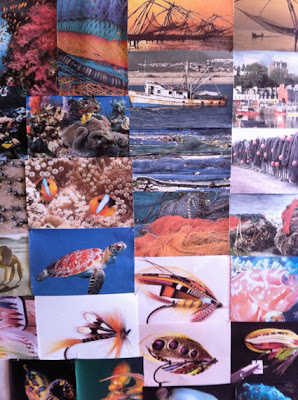 Bee - keeping
Coz dad wants bees at home and no one else does and we have been arguing about this for about a year now = its on the brain whether I like it or not. 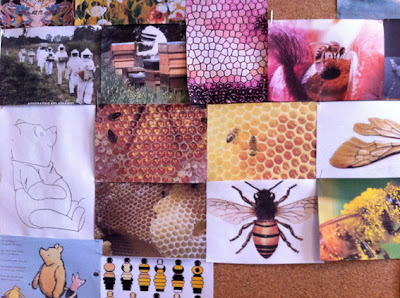 Occasionally I get to sit in the garden and sketch ideas. I think this is actually my favorite bit....new prints are blacked out. 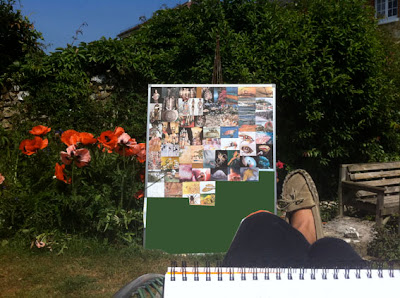 SO thats it. Im excited. I think its going to be an exciting season!! xx
Posted by Charlotte Taylor at 13:13