So - this season we graced the halls of Somerset house with our delectable display of mis-mashed shapes, colors and prints for London Fashion Week. I think we complemented each other beautifully - i think so anyway....and that's what counts obviously. 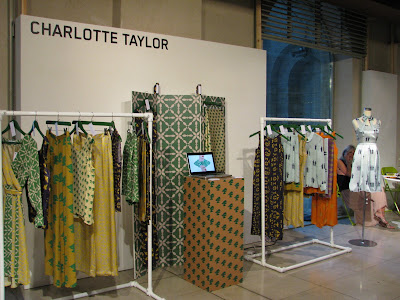 So I began my London Fashion Week in...........Philadelphia.....hmmm...not the obvious scenario one might say. Well I was called out for a last minute meeting with Anthropologie (for whom we design a diffusion line) which lasted all of 24hours...A tiring, successful and as always, eventful trip that began with the grottiest hotel I had ever stayed in (I slept fully clothed and we ate breakfast from polystyrene bowls - im not a snob, im northern, but ergh.....) and ended with a flight home at the tail end of a hurricane....

My flight (the early flight which I made unexpectedly and was allocated the only spare seat on the plane - back row - middle seat) began badly.... I was sat between two lovely gents. To my right - a 60+ yr old American, severely overweight fella with a pension for spilling his drink every 30minutes or so.... To my left - a 28 yr old American, severely overweight (about 2 1/2 times the size of the guy on my right) with an uncontrollable fear of flying....he spent our time on the tarmac in the bathroom downing half a bottle of whisky to help ease the heebie-jeebies that were now making his whole body shake with fear. He proceeded to order the whole drinks menu and eventually passed out with his hands above his head, which methodically came crashing down onto my lap every time i was juuuuuuuust dozing off - weird.

The circus of the back row of BA Flight 008 to Heathrow was also complimented by a screaming baby zoo, the worst turbulance I (and the fella on my left, oh and pretty much everyone else - we are going to die etc) had ever experienced. So bad the one drink / half hour spilled on yours sincerlys' lap was dramatically upped to 4, service was stopped for over an hour and we generally had a bit of a free Alton Towers ride courtesy of the hurricane gracing the skies of the North Atlantic - HAPPY FUN TIMES! 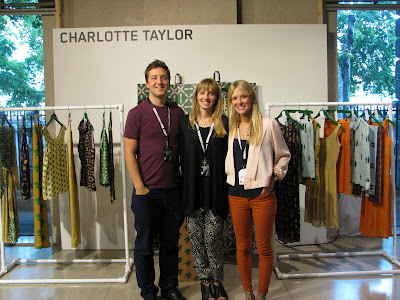 Anyway I wearily hopped off the plane at 6am and headed straight to Somerset House. Needless to say I was more unsightly, jetlagged, weirdo than hotshot, glamorous designer (which is what I normally am - of course...hmm) so was promptly ordered home. 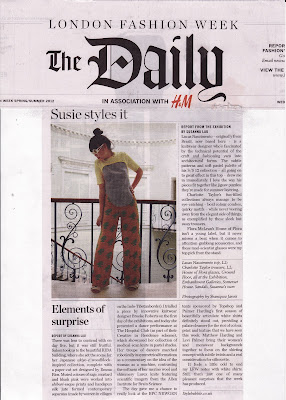 The remainder of Fashion Week went well....Suzie B wore our Bonsai Trousers in the Daily - weeeeeeeeeeeeee! 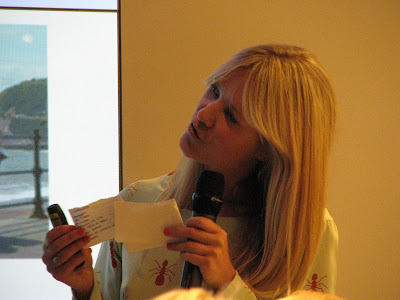 I did a scarily scary talk at Topshop about my career...twice...ergh. and we had in general a pretty fab reaction to SS12... 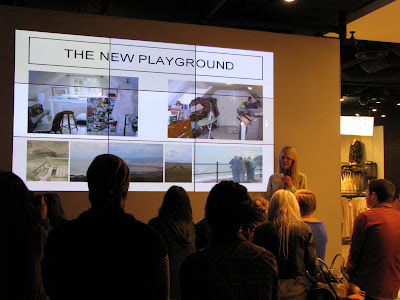 Thank you to all those who came and said hi xx
Posted by Charlotte Taylor at 16:35