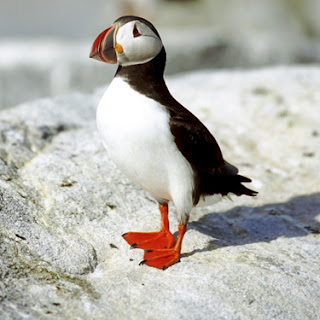 With chaos of the new shop and our new offices being underneath, I decided to skip over the channel last week to Brittany to focus on next season.

Its always a time of mixed emotions. You have thrown the last few months into one collection - designing, toiling, adjusting, product development, fabric development, selling it and the photographing it and then BOOM - start again.

It feels a bit mean sometimes - like you have grown close to a person and then suddenly, its time to move on. Its always exciting but at first you are torn. This is why I often find it good to get away. It gives me time away from the distractions of the studio, time to get inspired and time to move on.

Brittany, I feel has been the most successful trip in doing all three of theses things ever. 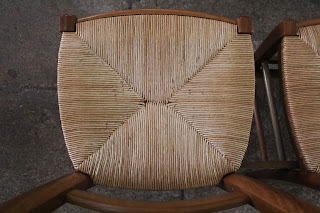 My initial romance with Brittany began last year when i visited on a mini break with my man. His family have converted an old warehouse in the village of Dournanez, near Brest and the place is frankly magical.

As I got off the plane and we began our car journey towards the village, the superlative began,  alongside constant elaborate declarations of LOVE for northern France, and these feelings have only grown in time. 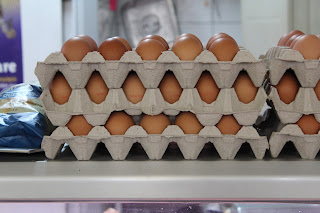 So the seed was planted and a year later I returned, sketchbook and camera in hand for my new mission - Autumn / Winter 2014 and I must say, the second my foot hit the French soil, I had forgotten Spring / Summer 14 in an instant, my mourning period reduced to zero - maybe I am getting cold hearted in my old age??

Before my trip I had been reading the epic tale that is "The Pillars of The Earth" which is set in medieval Britain and France and narrates around the building of a revolutionary Cathedral. This set me off on religion and also the ancient celtic heritage of Brittany. These are set to be large influencing factors in the new season as well as the port, landscape and people of Dournanez. 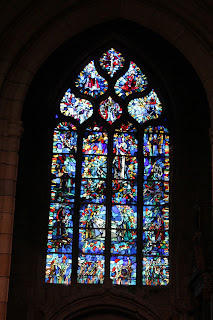 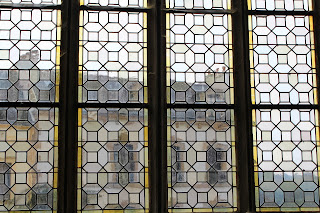 I was fortunate enough to arrive on the day of one of the biggest Pardons (religious event) of Brittany, where costumes are donned and ceremonies undertaken. Quite a spectacle.

The ancient cathedrals of Brittany are also breathtaking. Quimper is the most beautiful Cathedral city and I spent many an hour wandering its streets. 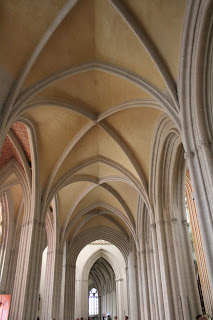 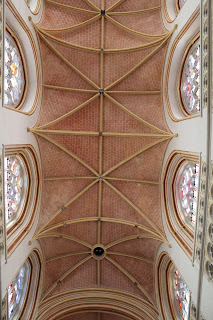 So what's in store - well I'm not 100% sure yet, but its a mix of the sea and fishing, celtic heritage and religion... eclectic as always but hopefully you'll be as spirited away as I was by Brittany. 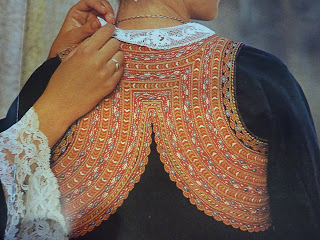 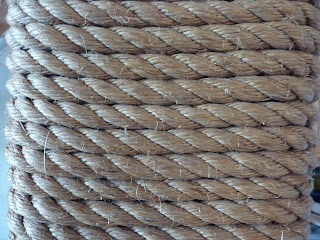 Posted by Charlotte Taylor at 11:37