Its time to move up to the smoke, say farewell to the folks and the Isle of Wight - its a huge step for us and the business but my oh my what a heart wrench. 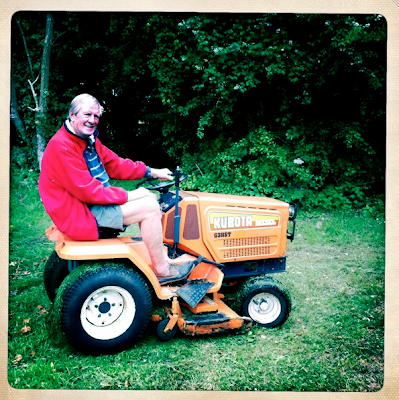 Saying good -bye to our dad was pretty tough. We're all a bunch of softies and we see each other all the time but having spent two years living and working from home I have become closer to my folks each day. I reference my father in particular as mum (who is equally awesome) works in London every week so I see her on a regular basis....Dad is rarely let off the island for fear of his own safety (and others) ....all pretty girls at London Fashion Week yesterday probably can relate to this and I apologize on his behalf - again! 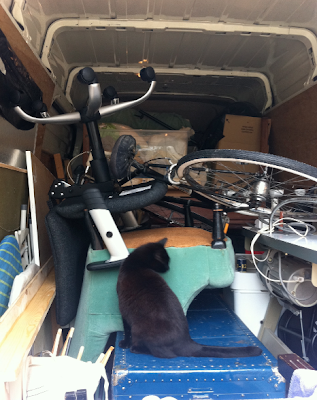 The cat tried to make a break for freedom in our van and the dog wouldn't even make eye contact - the depths of depression :( 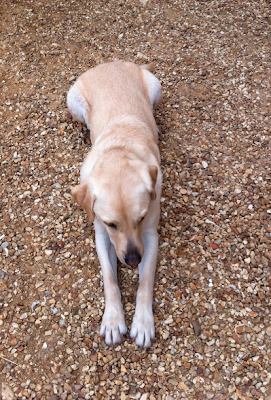 One last cuddle before off.. 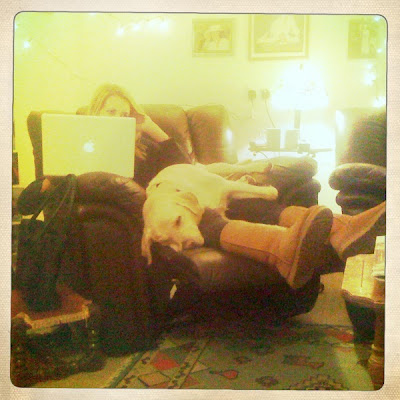 However - onwards and upwards. By the time we reached London both Ben and I had stopped our wailing (just kidding, it was only a mild sniffle) and were super excited about the new studio and the world of possibility that lay in front of us (fickle I know - sorry dad).

Ben had been up a couple of days before to lay the floor and transform the studio from this: 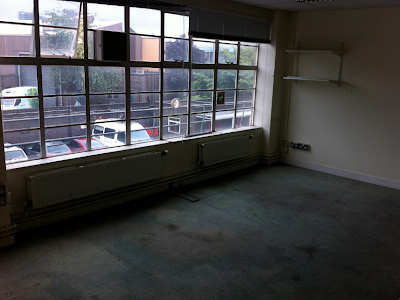 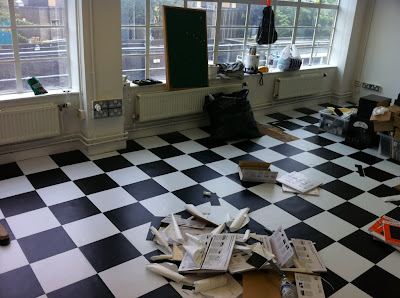 This is a half way finished picture. Ben and his gal Camilla spent days painting and cleaning and then Ben lay the black and white floor, which we love (partly assisted by my fella, not known for his DIY skills - who added, lets say some "character" to the straight lines and neat edges...)But on the whole a pretty stella job done all round :) 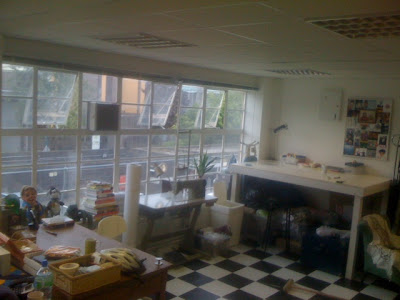 Our visionary and enterprising Fashion Design operation now runs from a fantastic old BBC building In White City, London which has been taken over by the lovely JP Creative. They have turned the old Building into a creative hub for arty industries, with a great community and work environment. We love it. 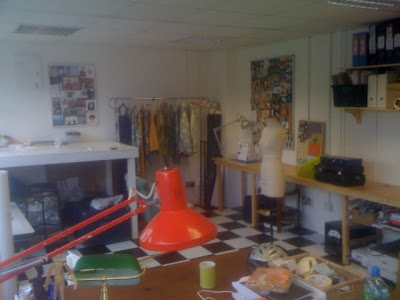 We are now fully settled in and it is suitably lived in already. I have an ability to make anywhere seem like I have been there for years. I never know whether this is a complement or a hint at my "creative" untidiness!
Posted by Charlotte Taylor at 10:07