Here at CT we love all things British, so the Jubilee is right up our street...To be in with a chance of winning afternoon tea with Charlotte at the gorgeous Cafe Liberty, design your own Jubilee themed print & post on our wall. Remember; wackier the better! Here's our Jubilee Penguins to get your started... Please post your entries on our Facebook page to enter! 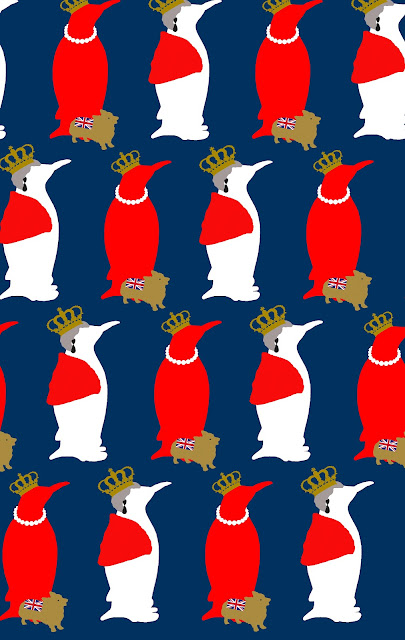 Posted by Charlotte Taylor at 09:20 3 comments:

Check out our SS12 collection exclusively at Anthropologie. Available online from tomorrow in the UK and online and in stores throughout the USA now.
Very exciting collaboration - hope you like it! I lived in the cotton jumpsuit in India - I LOVE it! 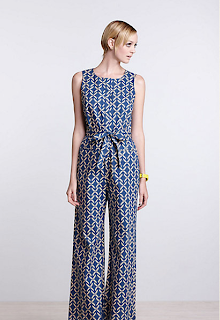 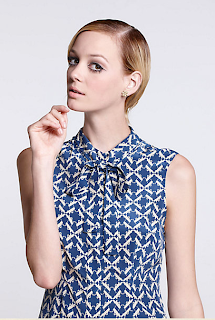 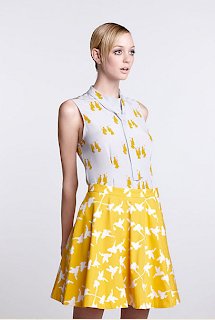 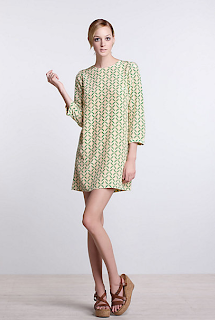 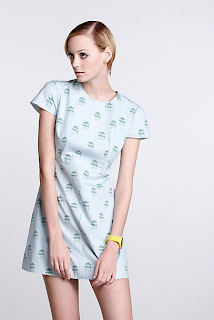 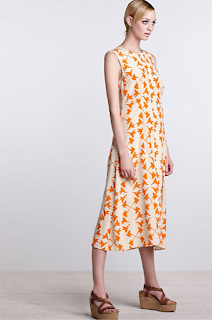 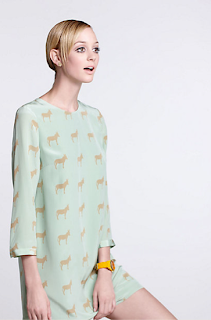 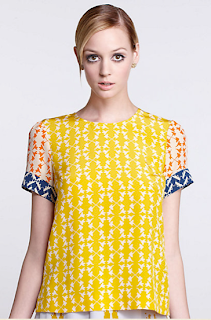 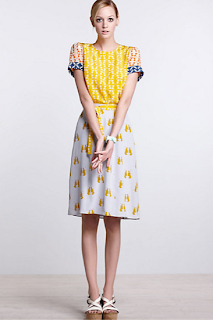 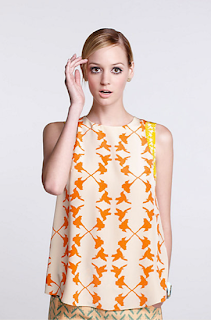 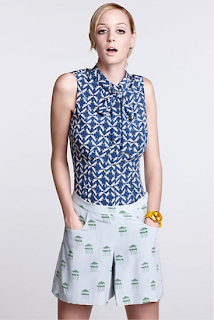 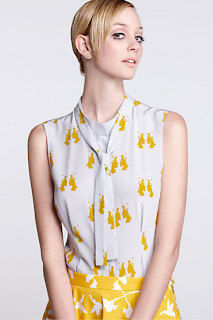 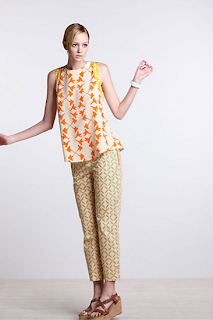 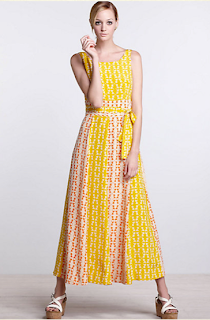 Posted by Charlotte Taylor at 18:50 8 comments: 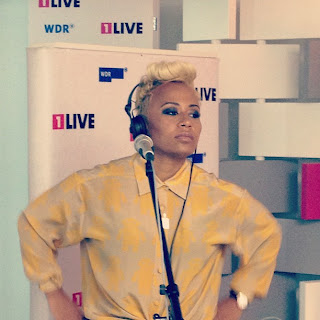 An introduction to SS12


Apologies if I look awkward - Although I love to talk about the collection, I HATE being on camera!
Posted by Charlotte Taylor at 12:59 1 comment:

We began our 6 hour journey to Kota early and hustled our way through an already bustling Jaipur towards the rural roads of Rajasthan.  Since days of old the Indians’ working and waking hours have been the same, with little or no electricity it is a necessity to wake at dawn and get going. The formidable heat of peak summer also generates a new favorite time of day – basically, before or after it gets hot. This kind of explained why our driver had done laps of the park at 4am that morning (even though it was dark…not quite sure about that) and why every city and village is a hive of activity at these times. 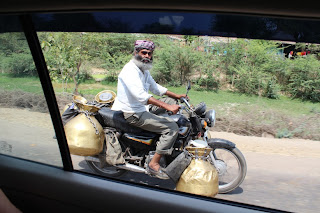 Until now our journeys had consisted of long stretches of desolate landscapes, broken up by huge sprawling cities and only the crazy roads with their camels, cows and goats in between. As we reached rural Rajasthan this began to change, dramatically. 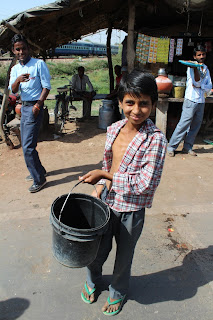 We entered a lush world of colour, smiling faces, rolling hills and farming and it was magical. We de-toured from the main highway, due to road works, which in turn led to a trip highlight. We entered the captivating world of local, entrepreneurial communities, living off a single, common water pump and an intent joie de vivre. 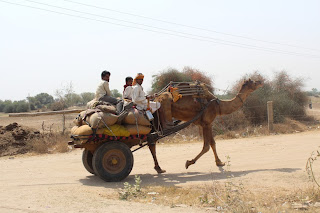 Road works became giant potholes, traffic lights became goats and zebra crossings became pot-smoking grannies chilling in the road. Children played games, running around the village causing uninterrupted chaos and their parents watched on from roadside shacks, which either housed them and / or provided their modest local produce selling income. 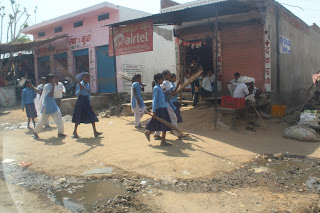 We stopped momentarily at another precarious railway crossing, at which Kan Singh and I jumped out of the car, much to mums horror, to grab a bag of freshly baked monkey nuts in a newspaper bag, of which she devoured most. Delicious. We witnessed the intimate, personal moment of a father bathing his child under the local taps and elderly men catching up on the latest gossip, playing checkers and getting their hair trimmed at the local barbers. 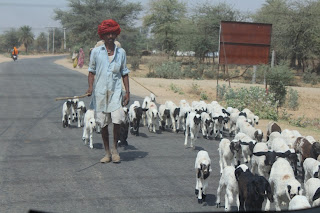 A strong agricultural area, there was a constant stream of farmers with their herds and women in their exquisite saris tending the harvest. In a truly magical moment we spotted newly born goats hitching rides in satchels, loosely slung over the backs of a drove of donkeys. Tiny, pristine black and white fluffy heads took in the scenery as they bobbed up and down in their pouches, making haste to their destination. 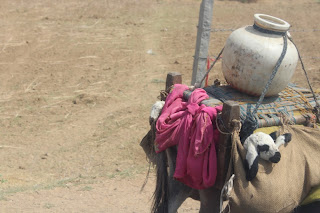 It was an uplifting journey that warmed our hearts. Not only were these communities surviving off the land and the few local resources they had, if their attitudes and beaming smiles were anything to go by, they were thriving. 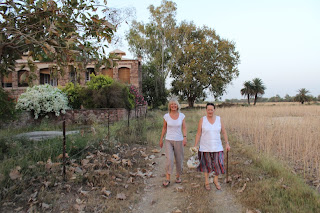 Our journey ended in Kota at the farm of Vicky and VJ Singh. Their beautiful, rural, welcoming home further complimented by their 6 new arrivals - gorgeous puppies. Now I’m a sucker for dogs anyway but these little dudes had me at hello. 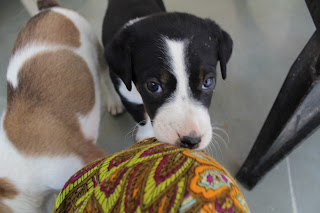 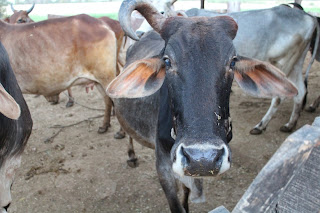 Vicky and VJ’s home was set amongst 3 acres of farming land that was preparing to be harvested. Along with cows for fresh milk and yoghurt, they had papaya trees to provide fresh fruit in our tummies every day. It was heaven.
Posted by Charlotte Taylor at 18:39 No comments:

Take a minute to email us with why you should be our lucky lucky winner!

Emails to info@charlottetaylorltd.com A minute well spent! Come on.... 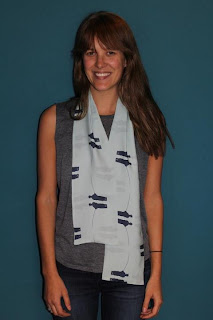 Posted by Charlotte Taylor at 13:35 3 comments: