Haberdashery visits in the 'hood'

So i'm up in London town again to get the final bits and bobs for the collection. This included a trip to the depths of the city to a haberdashery and lets just say I was glad to be wearing my Michelin style puffer on this occasion. As the sun sets I SOS a pal to give me exact directions to the shop, i'm flapping a bit having never been a fan of the youth gang culture that appears to be rife in this particular area, but eventually find the desired location. Phew.
Knock Knock.
"Ello darlin, come on up, 1st floor"
What a nice man. I instantly hit it off with "N" and it's banter central. As I have said before, most wholesalers are not over the moon about dealing with small companies, "N" however seems to be the exception. I have lucked out.
I pick my zips, fusing, press studs etc, some I take away with me, some get ordered. Done. 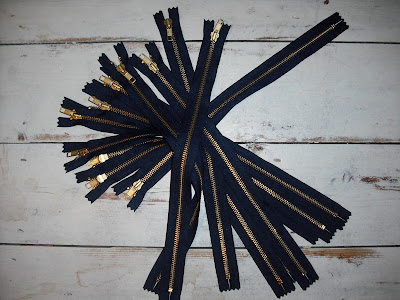 The meeting ends on an unusual note, one however I will remember.
"N" is very complementary, saying I seem like a lovely girl and that I must come from good stock. "Do I have a boyfriend...(No)...Do I want one...(hmmm)." He apparently knows of a rather fine young gentleman who he wants to introduce me to. A gentleman who has apparently been described as a mix between Leonardo Dicaprio and Tom Cruise. Not bad. He has a photo and proceeds to tell me that this gentleman is extra special because he is actually his son. Bless. My hopes however sink a little... with a dad this proud this kid could look like a hobbit and he would be blind to it.
Never the less I leave with the same amount of contacts in my phone as when I entered. Can't win them all.
Hood on, look mean Charlotte, now walk. 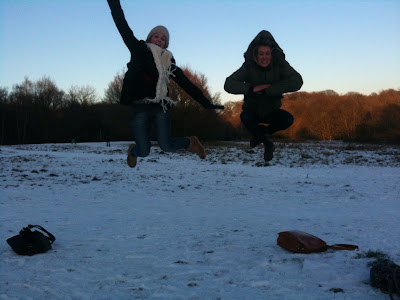 I always have my Ninja move after all, don't know how helpful it would be...? Probably more than my friends though...she should stay well clear of the 'hood' that's fo sho.
Posted by Charlotte Taylor at 17:45